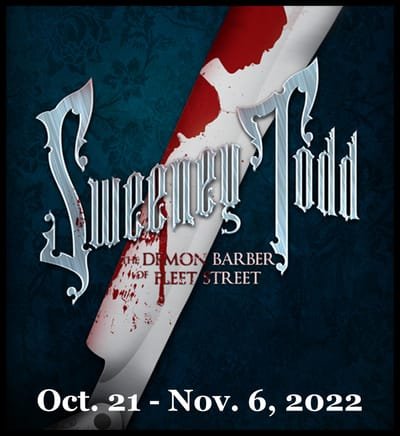 Sweeney Todd, an unjustly exiled and imprisoned barber, returns to 19th century London seeking vengeance against the lecherous judge who framed him and ravaged his young wife. The road to revenge leads Todd to Mrs. Lovett, proprietress of a failing pie shop. Mrs. Lovett's luck changes when Todd develops a thirst for blood and provides her with an unending supply of fresh ingredients for her meat pies. Sweeney Todd became a bloody, worldwide success since being awarded eight Tony Awards in 1979. Stephen Sondheim's and Hugh Wheeler's tasty, thrilling, theatrical treat has simultaneously shocked, awed, and delighted audiences across the world for 40 years. (This production was one week from opening when the pandemic shut us down. Sweeney never gave up – we won’t either.)